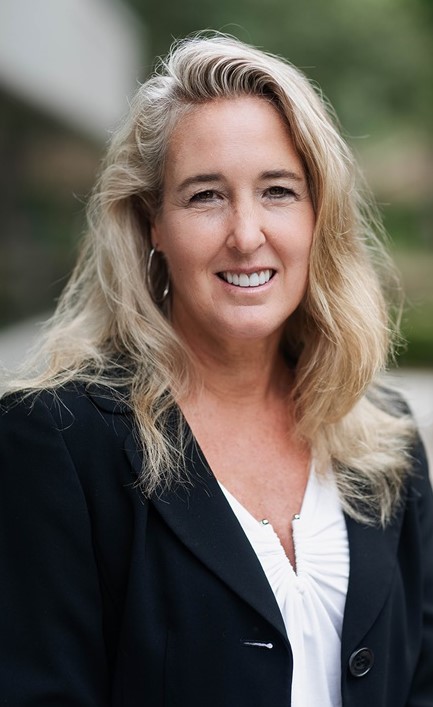 Tina primarily focuses her practice on Homeowners Association Law and represents hundreds of homeowners associations throughout North Carolina for both collections and general matters. Tina was licensed to practice law in North Carolina in 1994 and has been practicing law at Hatch, Little & Bunn, LLP since that time.

Tina graduated from Duke University with an A.B. in Economics/History in 1990.  After working for Congressman Walter B. Jones in the U.S. House of Representatives, Tina attended and graduated from the UNC-Chapel Hill School of Law in 1994.  Never mistake Tina for a Tar Heel though — she was a varsity cheerleader at Duke, and her allegiance remains true “Duke” blue.

Tina also handles probate and estate matters. She is licensed to practice in all North Carolina state courts and the Federal District Court for the Eastern and Middle District of North Carolina. Tina is a member of the Wake County Bar, the North Carolina Bar Association and the Community Association Institute, which is a trade group for homeowners associations.

Hatch, Little & Bunn, LLP has provided comprehensive legal services to individuals and businesses in Raleigh, Durham, Chapel Hill, Research Triangle Park, Wake County and throughout North Carolina from offices by the state capitol for over half a century. Our attorneys are licensed to practice before all North Carolina state and federal courts. Call (919) 899-9827 today, or contact us online to schedule a consultation with one of our attorneys about your concerns.