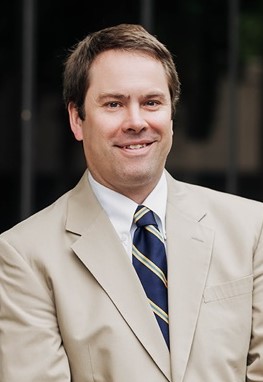 David is a civil litigator and trial attorney who guides, counsels, and advocates clients through Superior Court, District Court, and our State appellate system. Experienced in litigation, arbitration, and negotiation, David represents businesses, corporations, partnerships and individuals through contract disputes, real property matters, business torts, and commercial ventures.  His experience is rooted in his appellate work with the Court of Appeals including issues of appellate advocacy, post-trial motions, and interlocutory appeals.

David is a Raleigh native and graduate of Broughton High School. David’s passion for language, literature, and writing carried him to Charleston, South Carolina where he majored in English at the College of Charleston. David later attended Campbell Law School where his strength in litigation and appeals was evident. While at Campbell Law, David “booked” the Constitutional Law I, Constitution Law II, and Appellate Brief Writing courses with the highest grade in each.

Following graduation, David was invited to clerk at the North Carolina Court of Appeals where he served as  Law Clerk for Judges Calabria and Zachary.  Under the tutelage of Judges Calabria and Zachary, David honed his writing and analytical abilities. Feeling the call to private practice, David left the Court to join Hatch Little & Bunn, LLP. David was privileged to join a firm that shares his general philosophy on legal practice: attorneys and staff should aspire to the highest ethical standards, and clients’ interests must always come before those of their attorneys.

David loves college sports, and he attends games whenever possible. In a former life, David believes he was an avid golfer, but there is little time for the links these days. That’s okay, though, because David cherishes every minute spent with his wife, Laurie, and their two daughters, Gwendolyn and Rachel.