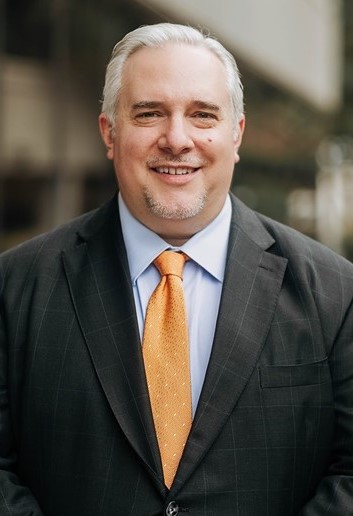 A North Carolina native, Gil grew up in the Raleigh and Asheville areas. He graduated in 1993 from the only college to which he applied — The Citadel, The Military College of South Carolina.  Later, he attended Campbell Law School, graduating in 1999.  Gil worked in the Office of the Wake County Clerk of Superior Court both before and after law school, first serving as a Deputy Clerk prior to law school, and then as the first Legal Officer and Assistant Clerk. The Senior Resident Superior Court Judge of Wake County ultimately appointed Gil as the Clerk of Superior Court and Probate Judge for Wake County.

In his former judicial capacity as the Clerk of Superior Court and Assistant Clerk, Gil has presided over thousands of judicial hearings involving incompetency, guardianship, estate/trust matters; the appointment and removal of fiduciaries; and collection and enforcement of judgments. Gil has a personal and intimate knowledge of the inner workings of the court system which provides a unique perspective to drive creative, efficient, and effective litigation strategy that serves his clients well.

For over a decade following his time as Clerk of Superior Court for Wake County, Gil practiced with Raleigh’s Brownlee Law Firm, which later became Brownlee Whitlow Praet & File, PLLC. Gil formed File Law Firm, PLLC in 2017, where he practiced for three years until joining HLB.

Gil treasures family life with his wife and children, and enjoys participating in the various activities that go along with raising young children. He is also actively involved in a variety of charitable and community endeavors, and sits on the Board of Directors for several non-profits — all experiences which complement his dedication to serving those in greatest need in our local community.

In 2015, Gil obtained the 3rd highest verdict in the State in a landmark fraud case which he litigated for over 7 years against a financial advisor, securities dealer, and its affiliated trust bank and their teams of lawyers in the specialized court for complex business cases in North Carolina. Gil and his co-counsel and friend, Robert Zaytoun, achieved a very rare victory — the second in the State and one of only a handful in the United States in the last two decades —  in voiding a purported securities arbitration agreement which would have deprived his elderly Alzheimer’s client and her estate of a jury trial. Gil successfully defended against the brokerage’s effort to overturn the decision of the NC Business Court during appellate arguments before the NC Court of Appeals which unanimously affirmed the Business Court’s decision. Gil and his co-counsel also obtained the first reported decision which denied a securities dealer of the “securities exemption” to the North Carolina Unfair and Deceptive Trade Practices, and this claim was allowed to proceed to a jury. Gil personally investigated this matter, uncovered a large, sophisticated fraud, brought the case to the U.S. Attorney in Raleigh, and provided the federal investigators and prosecutor with key financial documents including timelines, flowcharts, and supporting financial data to assist in obtaining the financial advisor’s guilty plea and active federal prison sentence. Ultimately, after years of litigation, countless working hours, dozens of fact witness and expert witness depositions, and many thousands of pages of documents, Gil and his co-counsel settled the case confidentially with Morgan Keegan and Regions Bank, and obtained a $13 Million verdict against the financial advisor, Hal Blondeau.

In awarding $2.9M in attorney’s fees and expenses in the verdict, the Chief Judge of the NC Business Court found that Gil File and Robert Zaytoun were “highly experienced in previously and successfully serving as legal counsel in civil actions presenting similar complicated factual and legal issues as the instant matter” and “devoted themselves for some seven years and countless working hours to the successful prosecution of this civil action in behalf of the Plaintiffs and achieved excellent results for Plaintiffs ….” (See Paragraph 27, p. 32, Verdict and Judgment).

This case was featured in several front-page articles in North Carolina Lawyers Weekly, and was further publicized in other mainstream and financial media stories.*

*PLEASE NOTE that while this representative case reflects my experience, and I am proud of the successful results in behalf of these clients, no reference on this website to any prior case result in specific or general terms is a guarantee of a similar outcome in any current or future case.  Each case is different and the results of past cases cannot be used as a basis for predicting the results in future cases. Each case is judged on its own unique set of facts. 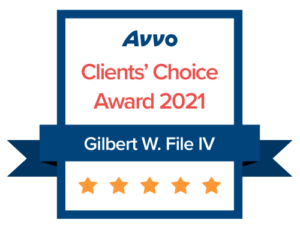