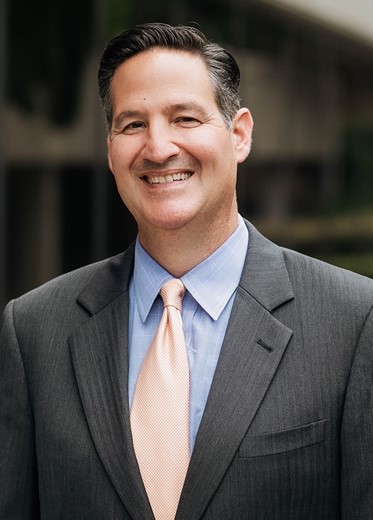 About Attorney James A. Oliver

James is a native Floridian (born in Miami) and remains a rabid Dolphins fan, and moved to New Jersey as a young child. He spent most of his school years in central Pennsylvania for junior and senior high, and then majored in History and Political Science at Dickinson College. A year spent in New York City was a fun break for James, but it also confirmed that the atmosphere of a big city law firm in Manhattan was not for him.

Next up for James was pursuing his J.D. at Widener University School of Law in Harrisburg, PA. While there, he joined the law review and validated his career decision to join the ranks of the legal community.

The day after law school graduation, James essentially threw a dart and moved to Raleigh. He will tell you that, without a doubt, it was the best decision of his life. Raleigh has become home in every sense of the word. He soon opened his own practice until Sean Delaney joined him in 1999. In June of 2008, both he and Sean joined Hatch, Little & Bunn, LLP, where James discovered his second home.

While real estate transactions comprise the bulk of his practice, James enjoys not only representing small businesses and helping folks purchase and refinance their homes, but also providing the necessary guidance for their estate planning. He feels great satisfaction when his clients consider him to be their “family” lawyer.

James retired in 2021 as a LTC in the U.S. Army Reserves JAG Corps. He treasures the time he spends with his family – his wife Erica, daughter Penny, son Jack and chasing Ollie the family golden doodle. His golf game is fading (just not enough time), but he vows to get back into tennis.

Hatch, Little & Bunn, LLP has provided comprehensive legal services to individuals and businesses in Raleigh, Durham, Chapel Hill, Research Triangle Park, Wake County and throughout North Carolina from offices by the state capitol for over half a century. Our attorneys are licensed to practice before all North Carolina state and federal courts. Call (919) 899-9827 today, or contact us online to schedule a consultation with one of our attorneys about your concerns.