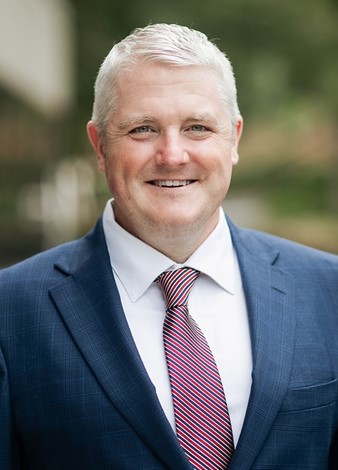 In addition to his trial practice, Sean advises small businesses through every step and controversy, from formation to dissolution.

Beyond his civilian practice, Sean served 28 years as a JAGC officer with the U.S. Army Reserves prior to retiring in 2021. Sean deployed to the Middle East, dual-hatted as BJA and Senior Trial Counsel for a Brigade and Sustainment Command, respectively, during the “Surge”. He subsequently deployed in 2016-2017 as the SJA for the 2-star Special Operations Task Force leading the fight against ISIS in Syria and Iraq.

Sean and his wife have two daughters and a collie. If looking for Sean on Friday evenings in the fall, you will find him officiating high school football.