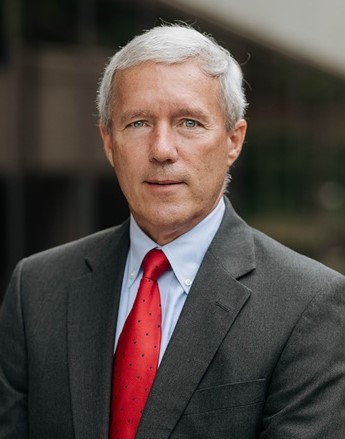 About Attorney A. Bartlett White

Bart’s practice area is in general civil litigation and extends to landlord/tenant issues, collections, real property and contract disputes. Bart has extensive experience with civil litigation on both sides of the bench — he served as a Wake County magistrate judge for four years before joining Hatch, Little & Bunn, LLP in 1987.

Bart graduated from the Virginia Military Institute in 1977 and went on to earn his Juris Doctorate from the University of Richmond School of Law in 1981. He is licensed to practice in all state courts in North Carolina and Virginia and the Federal District Courts in the Eastern and Western Districts of North Carolina. Bart is a member of the Wake County Bar and the North Carolina Bar Association.

“I was contacted by a woman who began a phone interview with me to see if she was interested in having me handle her case. She asked about my winning percentage. I told her it was pretty high, but there was a reason. I take cases to trial that I feel are winners, and try to settle those that are not. We try to maximize the efficient use of our clients’ dollars to quickly resolve the matter if at all possible.”

Bart grew up in Raleigh where he still lives with his wife Cynthia. They have raised two daughters, but are “empty nesters” as the girls have moved on to their own careers. Bart enjoys playing tennis, participating in random triathlons and supporting the athletics of Broughton High School, where he and his daughters attended, however many years apart.

Hatch, Little & Bunn, LLP has provided comprehensive legal services to individuals and businesses in Raleigh, Durham, Chapel Hill, Research Triangle Park, Wake County and throughout North Carolina from offices by the state capitol for over half a century. Our attorneys are licensed to practice before all North Carolina state and federal courts. Call (919) 899-9827 today, or  contact us online to schedule a consultation with one of our attorneys about your concerns.